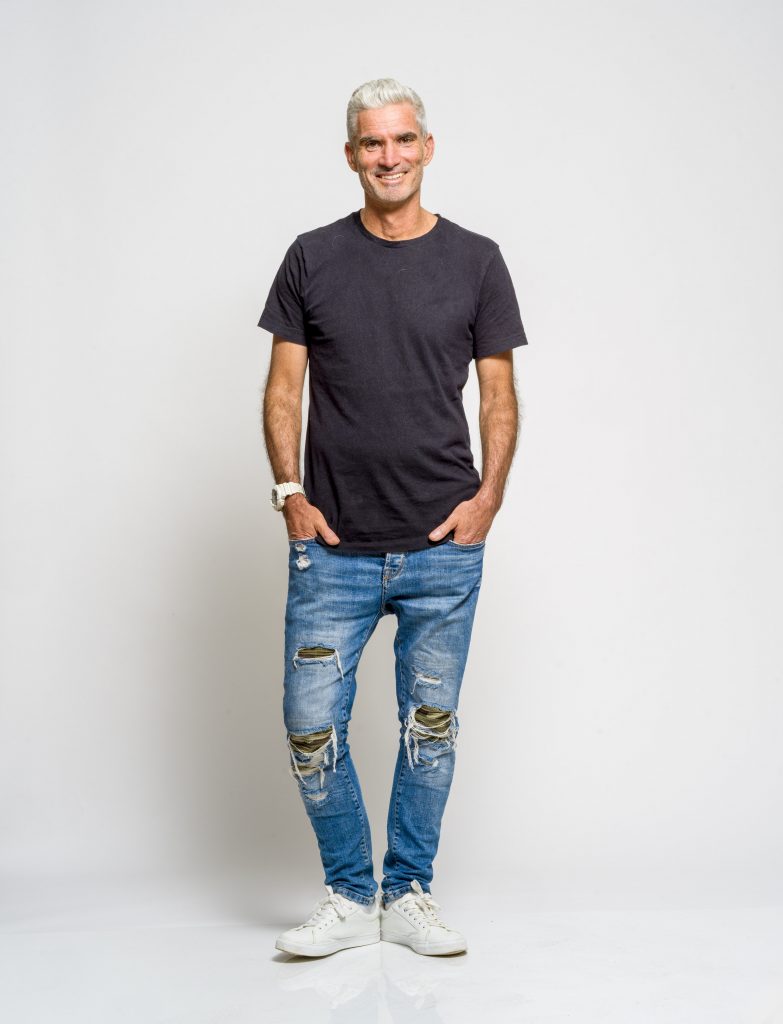 Following a decorated football career as Australia’s 419th Socceroo and 40th Captain, Craig has become one of Australia’s most respected sportspeople as a broadcaster, social justice advocate and human rights campaigner.

Craig represented Australia in the junior National Team at age 15 in the first FIFA Under 16 World Cup in China, 1985 where he was selected in the FIFA Team of the Tournament. He would later go on to represent Australia at senior level on 29 occasions including as Captain.

Craig’s passionate commentary for the 2005 World Cup qualification playoff match against Uruguay at Australia Stadium, Sydney stands as one of the sport’s most iconic broadcast moments and, along with Australia’s Round of 16 match against Italy in 2006 and the Russia World Cup 2018, was celebrated with a Logie for Most Outstanding Sport Coverage.

A member of the Australian Multicultural Council under the Department of Home Affairs, Immigration and Citizenship division, Craig works across a vast range of social programs from indigenous rights and self-determination, homelessness and domestic violence, climate action and gender equality and is particularly well known for his refugee advocacy.

He is an Ambassador for Amnesty Australia, the Affinity Intercultural Foundation and Addison Road Community Centre including their #RacismNotWelcome campaign for Local Councils across Australia, Pushing Barriers, an Australia Committee member with Human Rights Watch, Advisory Council member of the Australian Human Rights Institute, UNSW and a Director of the Crescent Foundation.

A Strategic Advisor for Frontrunners and No 2nd Place, a creative agency by Octagon International to maximise the social impact of sport, in 2020 he wrote to the Secretary-General of FIFA on behalf of 17 climate action and environmental groups urging the world governing body of football to utilise the 2023 FIFA Women’s World Cup in Australia and New Zealand to promote greater climate action from the world.

Craig developed a primary school initiative to facilitate an understanding of diversity with the Australian Government for Harmony Day, is a former Chairman and CEO, Life Member and PFA Champion of Professional Footballers Australia (PFA), Australia’s representative body of the Socceroos, Matildas and professional players around the world where as Chair he oversaw the introduction of a gender equality and Indigenous representation quota at Board level, is a former Director of the Council on Australia Latin America Relations (COALAR) with the Department of Foreign Affairs and Trade (DFAT) and has led a number of sport and business missions abroad with the NSW and Australian Government including the signing of a Sports collaboration with Brazil at MERCOSUR with then Australian Foreign Minister, Kevin Rudd.

His humanitarian activism extends to several, high profile campaigns including #SaveHakeem to free Bahraini refugee Hakeem al-Araibi from a Thai prison for which he was a Finalist for the Australian Human Rights Commission Medal, #GameOver to call for the resettlement and freedom of over 400 refugees and asylum seekers indefinitely detained by Australia in PNG, Nauru and in Australian hotels (Alternative Places of Detention) for over seven years and #PlayForLives which is a humanitarian response by sport to the COVID-19 pandemic which began in Australia and expanded internationally.

In 2020, Craig fasted during Ramadan with high profile members of the Australian Muslim community as an act of solidarity between religions and cultures as part of Australia’s multicultural cohesion and in 2021, fronted the #RacismNotWelcome campaign with the Inner West Multicultural Network of Sydney to confront, challenge and eradicate racism in Australia’s local communities through collaboration with Local Government Areas (LGA’s) including the City of Sydney.

He is a former columnist for the Sun Herald, author and co-author of several books including ‘Fighting for Hakeem’ by Hachette Australia, and writes for the Guardian, The Age and other publications and holds a Professional Coaching License and helped guide dozens of Australia’s finest young female and male talents, many of whom graduated to Australia’s National Teams.

In 2019, the Australian Financial Review recognised Craig as a ‘True Australian Leader’, the Sydney Morning Herald as one of the ‘People that Defined 2019′, he was the recipient of the 2020 NSW Government Humanitarian Award for his work with sport and human rights, an Australian Human Rights Commission Medal finalist, was awarded the Australian Muslim Council 2020 Abyssinian Medal and was a finalist for the NSW 2021 Australian of the Year.

In 2021, Craig became a Member of the Order Of Australia (AM) in the Australia Day Honours List which he dedicated to, and shared with his refugee friends and former Manus Island detainees, Moz Azimitibar and Farhad Bandesh, and Hakeem al-Araibi as well as all refugees seeking safety around the world.

In 2021, working with Australia’s Immigration Minister, Alex Hawke and Foreign Minister, Marise Payne as well as trusted Members of the Australian Parliament, Craig used his sporting and political connections to secure the safety of many Afghans.

This included the evacuation of around one hundred predominantly female Afghans from Kabul including the Afghan National Women’s Football Team and Taekwondo athletes, Afghanistan’s several Paralympians who went on to compete at the Tokyo Paralympic Games weeks later and a group of fifteen girls who hid while the Taliban searched for them and ultimately found safety in Australia and are the subject of the moving film, ‘Die. or Die trying: Escaping the Taliban.’

Craig holds a Bachelor of Laws (LLB), Master’s Degree in International Sports Management and a Postgraduate Degree in Football Management.

Somehow, Craig was nominated as one of Australia’s Best Dressed Men despite spending his life in ripped jeans and board-shorts and still plays football for the Waverley Old Boys Over 35’s in the Eastern Suburbs of Sydney, Australia where he tries to relive old glories..

Craig was recognised as Australian Father of the Year in September 2022 for his human rights and humanitarian work that impacts kids from many different cultural backgrounds and, aside from his three, amazing biological children, for his support of 15 young Afghan girls who refer to him as their ‘Australian dad’ after being evacuated from Kabul in September, 2021 and in October 2022 for ‘Distinguished Service to Immigration’ by the Migration Institute of Australia.

Today, Craig advises on athlete activism for some of Australia’s most prominent sportspeople and is an Adjunct Professor of Sport and Social Responsibility with Torrens University, Australia where he has developed an online course called ‘Sport for Good’ which teaches athletes and sport practitioners how to utilise sport for social justice and progressive issues around the world and is the current NSW Australian of the Year for 2023.

In November, 2022, Craig was elected to the National Committee of the Australian Republic Movement of which he has been a supporter since his younger days as a National Team player, and was later announced as the new Chair.