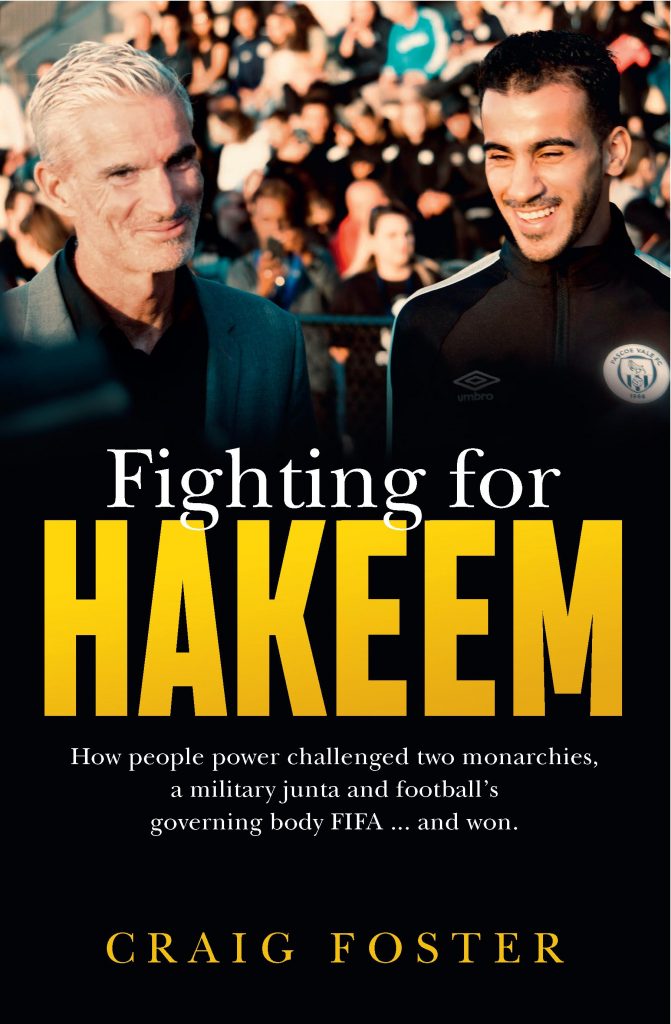 Football is the world game. It unites. At a grassroots level it creates communities and, in 2019, those communities helped save the life of one of its own.

In 2012, Hakeem al-Araibi was a promising young player on Bahrain’s National football team when he was arrested for attacking a police station during the Arab Spring, despite television footage showing him playing football at the time of the alleged attack. After three months of torture and wrongful imprisonment, Hakeem was released.

He fled the country and made his way to Australia, where he was granted refugee status. Hakeem made a life here and was playing for the suburban Pascoe Vale Football Club, in Melbourne. He thought he was safe.

But, in November 2018, on a holiday to Thailand with his wife, Hakeem was again arrested. The Bahraini government wanted to extradite him to face a ten-year jail sentence, or worse. What happened next shows the best of what football can do, and the worst the governing body of FIFA brings.

If it wasn’t for the Australian football community and former Socceroo Craig Foster, Hakeem may never have been freed.

This powerful memoir reveals how a local football legend fought tirelessly to help bring home a man he’d never met. From Pascoe Vale to Switzerland, Canberra to Thailand, Foster raised his voice and reached millions of people around the world who were galvanised to #FreeHakeem.

Foster lobbied FIFA and the United Nations and worked with athlete representative bodies, giverning bodies and human rights organisations worldwide to enable Hakeem’s safe return to his wife in Australia.

Despite being from different backgrounds, religions and generations, Craig Foster and Hakeem al-Araibi are united forever through their love of the world game and their fight for freedom.